**News in this area is kept up on the website for approximately two months from published date. If you are interested in membership so you can access archived news, please Connect with Us or Join the NMC for access.

Did you see our latest events announcement? We sent them last night so they should be within your email if you’re on our mailing list. This one shares all of our February and March events so you can join us next week and plan ahead for March! For ease, we’ve included the two events from next week below along with a link to the online version of the newsletter that includes more detail.

See the online version of the newsletter here. »

David Kooris, chair of the authority, said the plan was “fundamentally different” from the $93 million memorandum of understanding announced by the State of Connecticut, Gateway Terminal, Ørsted and Eversource on May 2, 2019.

Like the original project, the new facility will have heavy-lift capacity needed for offshore wind components, but will also include three berths designed not to conflict with Cross Sound Ferry’s routes along the southern side of the pier, including one on the eastern side of the pier that will accommodate larger vessels.

Under the new agreement, Ørsted and Eversource will pay $77.5 million in construction costs, which includes $22.5 million previously committed in the Revolution Wind project. The State of Connecticut and the Connecticut Port Authority will fund the remaining $79.5 million with $25.5 million that the state bonded for the authority previously and additional bond funding. As with the first agreement, Ørsted and Eversource will sign a 10-year lease, but will pay $2 million annually over ten years.

The $350-million deal to acquire the Massachusetts-based UUV maker from Norwegian company Kongsberg sets up HII to compete in the emerging U.S. military UUV market, Petters told USNI News in a Tuesday interview following the announcement of the deal.

“The UUV space is a space that we believe is only going to grow in importance. In my personal view, it’s not going to be a replacement for anything, it’s going to be an augmentation to the Navy’s traditional missions and operations,” he said.

The NMC and Ali Halvordson, Executive Director of the NMC, Nominated for 2020 CTEntreprenuer Awards

Ali and the Board of Directors are honored and thankful for these nominations. They have put much effort into building a great community here at NMC and ensuring 2020 is set up for success in growing the organization as well as developing ideas to bring maximum value to our members.

Voting opens here for Ali and here for the NMC on February 8th, 2020.

Joint venture partners Ørsted and Eversource announced the signing of a Memorandum of Understanding (MOU) with Groton-based marine automation and monitoring innovator ThayerMahan. ThayerMahan is a pioneer in the marine robotics and maritime surveillance industry and the MOU will explore the provision of maritime wildlife monitoring and seabed surveillance services for Ørsted and Eversource’s upcoming Revolution Wind offshore wind project.

“When we started looking at growing the offshore wind industry in Connecticut, one of the most important factors was ensuring we are setting up in an area with some of the best innovators and most skilled workforce in the world. Offshore wind is part of the next generation of green energy and green technology, and we need partners who are the best in their industry,” said CEO of Ørsted U.S. Offshore Wind Thomas Brostrøm. “The people at ThayerMahan are remarkable inventors, and their technology will help us reduce any disruption offshore wind might have on North Atlantic marine life and the local fishing fleets.”

“In addition to the hundreds of well-paying, local jobs that will be required to construct our Revolution Wind project, utilizing local partners like ThayerMahan will be critical to the overall success of our projects in Connecticut and beyond,” said Eversource Vice President of Business Development Mike Auseré. “We look forward to working with ThayerMahan to bring our Revolution Wind project to life and advance Connecticut’s clean energy economy and achieve its aggressive climate goals.”

ThayerMahan is an NMC member.

New London — Mohawk Northeast Inc., a heavy civil construction and engineering company that operates a marine services division in Groton, is contemplating an ambitious expansion project in New London that would boost use of the city’s waterfront.

The Plantsville-based company recently purchased three acres of land off Lewis Street on the Thames River adjacent to State Pier that a century ago was the site of the Thames River Lumber Company, a thriving lumber yard complete with a pier for offloading ships carrying wood.

The site, just north of the Gold Star Memorial Bridge, now features a collection of warehouse buildings that Mohawk had been leasing for the past several years and uses for storage of vehicles, equipment and material. Public records show the company, under the name West Bank Properties LLC, purchased the site, listed as 18 Eastern Ave., for $2 million from Eastern Avenue Properties.

Under plans in the early conceptual stage, Mohawk imagines a bulkhead to expand use of the shoreline, a staging area, railroad spur, and a 100-foot-by-400-foot pier — enough space to dock barges and other vessels for repairs or offloading equipment and bulk materials. The parcel offers water access and straddles the rail line, making the site an optimal place to use both the waterway and freight rail for its marine construction operations, said J. David Schill, Mohawk’s vice president of special projects and business development.

Mohawk Northeast Inc. is a member of the NMC. David Schill serves on our Board of Directors.

The NDEL 2020 Conference will highlight the innovative work that states and local actors have undertaken to address the climate crisis in the absence of strong federal leadership. While the Trump Administration has undone environmental regulations, attempted to prevent states from implementing environmental policies, and withdrawn from the Paris Climate Agreement, states and local actors have taken charge. Across the country, states, cities and other local actors are at the cutting-edge of climate crisis solutions. NDEL 2020 will bring together these diverse actors to discuss successful strategies that can serve as examples for other states and for the next Administration.

Best of 2019: Connecticut Looks for a Future in its Manufacturing Past

North Haven — An aerospace executive was introduced Monday by Gov. Ned Lamont as Connecticut’s first chief manufacturing officer, a private-sector voice inside a state administration that says manufacturing is resuming its role as an engine of growth after a quarter-century of wrenching change and loss.

The appointment of Colin Cooper, 59, an entrepreneur, executive and former design engineer credited with the tenfold growth of an Eastford aerospace supplier, the Whitcraft Group, comes as Connecticut is facing a welcome challenge — filling advanced manufacturing jobs available due to modest growth and a coming “silver tsunami” of retirements.

Aerospace companies alone have 1,000 job openings, and the state’s major manufacturers and smaller supply-chain players have locked in major roles in the next generation of aircraft, jet engines and associated products needed by commercial and defense customers, Cooper said.

**News in this area is kept up on the website for approximately two months from published date. If you are interested in membership so you can access archived news, please Connect with Us or Join the NMC for access. 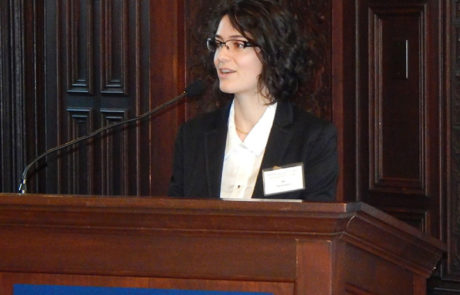 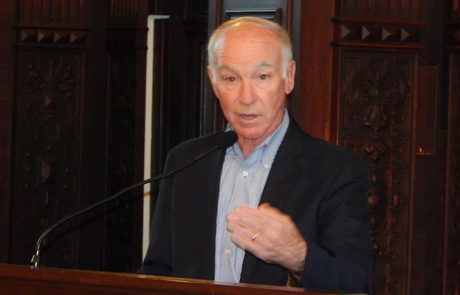 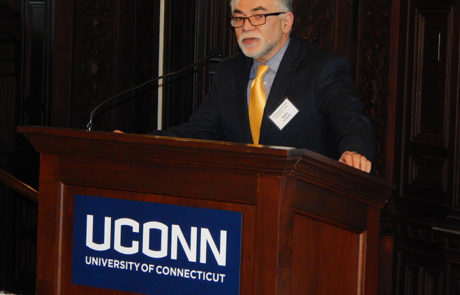 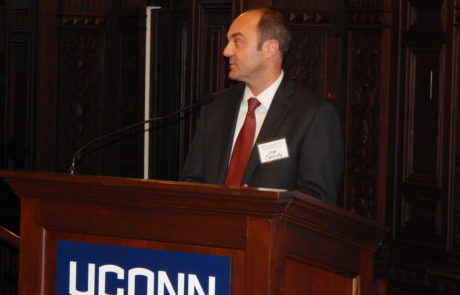 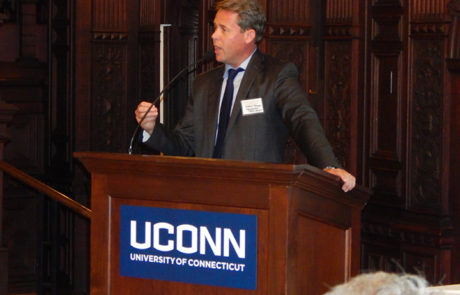 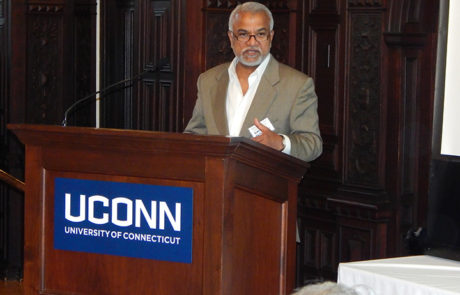 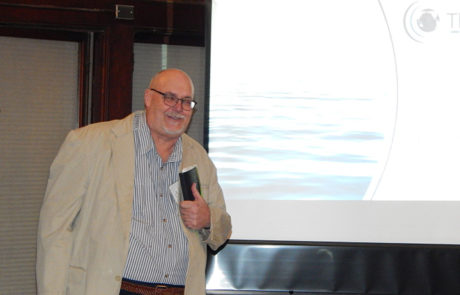 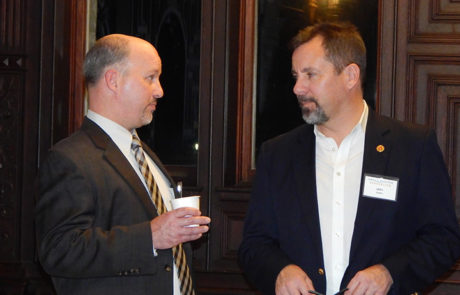 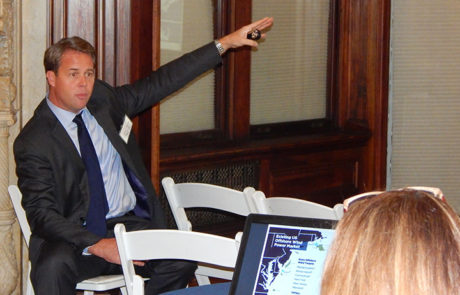 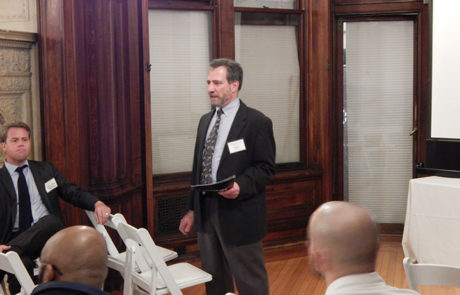 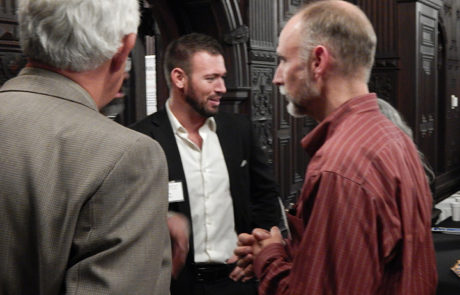 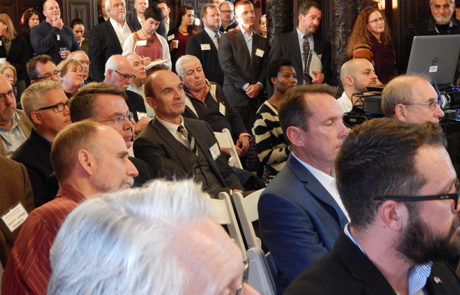 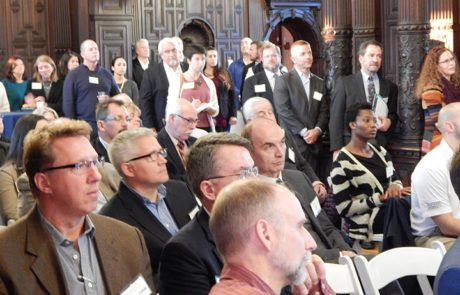 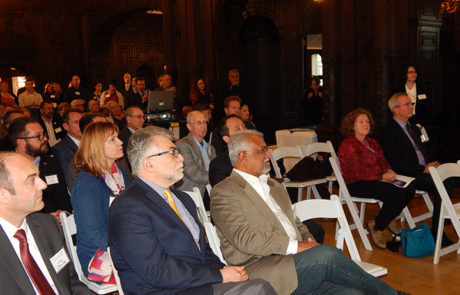 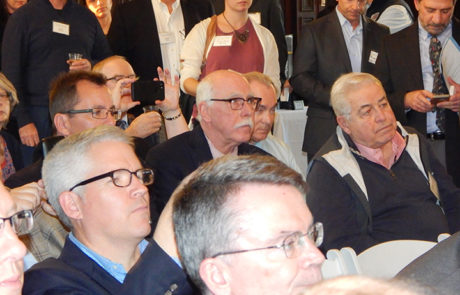